Once, selecting an ERP system was a fairly straightforward affair. Most systems offered much the same in terms of broad functionality, and so decisions tended to be made at the margins: support for specific industries, for instance, or best-practice template availability or licensing specifics.

Once, selecting an ERP software solution was a fairly straightforward affair. Most systems offered much the same in terms of broad functionality, and so decisions tended to be made at the margins: support for specific industries, for instance, or best-practice template availability or licensing specifics. 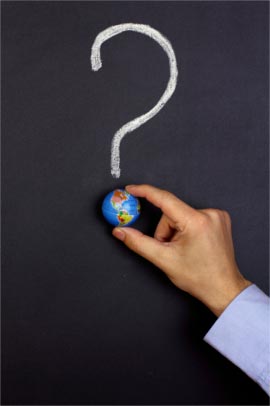 But these days, life is more complicated, points out Jonathan Orme, Sales and Marketing Manager at Exel Computer Systems plc. The problem? It’s an uncertain and fast-changing world, and that consequently alters the rules of the game.

“Of course, factors such as functionality, industry experience and best-practice templates still matter, but these days, it’s important to think about other things as well. More than ever, issues such as vendor stability, solution longevity, future-proofing and an ERP solution’s underlying technology are becoming critical to the selection decision.”

Several factors are at work, he explains. Most obviously, there are a number of new geopolitical uncertainties: a sharp slowdown in globalisation, Brexit, the rise in the United States dollar over the last year or so and the more recent fall in the value of the pound, taking it to levels not seen since the mid-1980s.

“Whatever your politics, Brexit is a game-changer, we know the direction of travel, but that’s about it; we don’t know the nature and shape of the UK’s future trading relationships, or when that future begins.”

At first glance, such developments might be expected to have only the most peripheral impact on the selection of an ERP solution. Not so, insists Orme.

“At the very least, manufacturers are going to want to future-proof their ERP investment by ensuring that their chosen solution contains the very broadest support for international trade – and already, in response to the fall in sterling, we’re seeing customers win export orders in new markets, and from new customers. Exel’s EFACS ERP systems have always been known for their multi-currency and multi-lingual capabilities, and we expect that to continue; today, EFACS E/8 is in use in almost 30 countries worldwide.”

Volatile currency markets impose another consideration for budget-conscious manufacturers to bear in mind when selecting an ERP system – the cost of licence fees.

It’s no secret that many of the leading ERP systems in the UK marketplace are foreign-owned, points out Orme. Or that a vendor’s ERP licence pricing tends to track, over the long term, movements in that vendor’s home currency and currency of accounting. And with the pound at a 30-year low against the United States dollar, and with the dollar itself riding high on a trade-weighted basis, right now isn’t the time for a manufacturer to lock itself into a 10-year relationship with an ERP vendor whose price ultimately reflects revenue target denominated in dollars or euros.

“We’re very clear that we’re a British company, and a British company that isn’t dependent on imports for what we sell, whatever happens to currencies, we can offer consistent UK-based pricing in UK pounds.”

And the desirability of future-proofing extends beyond secure pricing. While Exel’s EFACS E/8 system is extensively used abroad, the majority of that overseas adoption has been driven by British manufacturing customers rolling the system out to their overseas subsidiaries and manufacturing plants. Exel itself, sells directly into the UK marketplace only. The result: a very British ERP product, and one that is uniquely reflective of how business is carried out in the UK, rather than (say) the United States.

“We have hundreds of customers, and tens of thousands of users, but we’re predominantly focused on the UK marketplace, and on creating software that is highly-attuned to the requirements of UK businesses – and for those UK businesses, that imposes a degree of future-proofing. If something affects UK manufacturing industry, then you’ll quickly see it reflected in the software that we write.”

What’s more, the use of words such as ‘create’ and ‘write’ isn’t accidental. While a growing number of ERP vendors – if not the majority – interpose resellers between themselves and their end-customers, Exel sells to manufacturers directly, and implements its product itself.

And in an uncertain world – and one in which ERP implementation failures are hardly unknown – this can make an enormous difference. Because by deciding to deal directly with their ERP solution’s author, a manufacturer can make a meaningful reduction to the implementation costs, risks, and timescale of their new ERP solution.

“You’re partnering with an ERP provider that offers a genuine pool of broad, cross-industry experience and not the small subset of implementation consultants offered by a reseller. At Exel, the three longest-serving members of our implementation team have been with us for 22, 21 and 20 years. Collectively, our implementation staff have hundreds of years of experience, and have encountered an enormous range of manufacturing scenarios.”

Finally, future-proofing involves taking a long hard look at an ERP system’s underlying technology. In its 32-year history, Exel has seen innumerable would-be competitors fall by the wayside, with outdated technology being a prime cause.

“More than ever, you have to ask hard questions about technology: Is it flexible? Is it web-friendly? Is it mobile-friendly? Is it extendable? Because you can’t assume that how you consume ERP today will be how you consume it in five years’ time. Just look at the impact of mobile devices and e-commerce. Exel’s EFACS E/8 is browser-based and written in Java, which outputs browser-ready HTML. Java – the language of the Internet era – is device-agnostic, and simple to extend and integrate. If there’s a single language out there that’s built for an uncertain world, it’s Java, which will run on just about anything.”

Granted, Exel isn’t the only ERP provider to have a solution written in Java, but it’s one of only a handful of such ERP providers.

“No one can predict the future, and right now, events are less predictable than usual. So a strategy of flexibility and de-risking makes sense. Take risk off the table, and keep things flexible, and if that involves thinking about technology, so be it. What’s more, manufacturers are already making technology choices; no one these days would willingly go back to the ‘green screen’ era, so why embrace the past in other ways?” 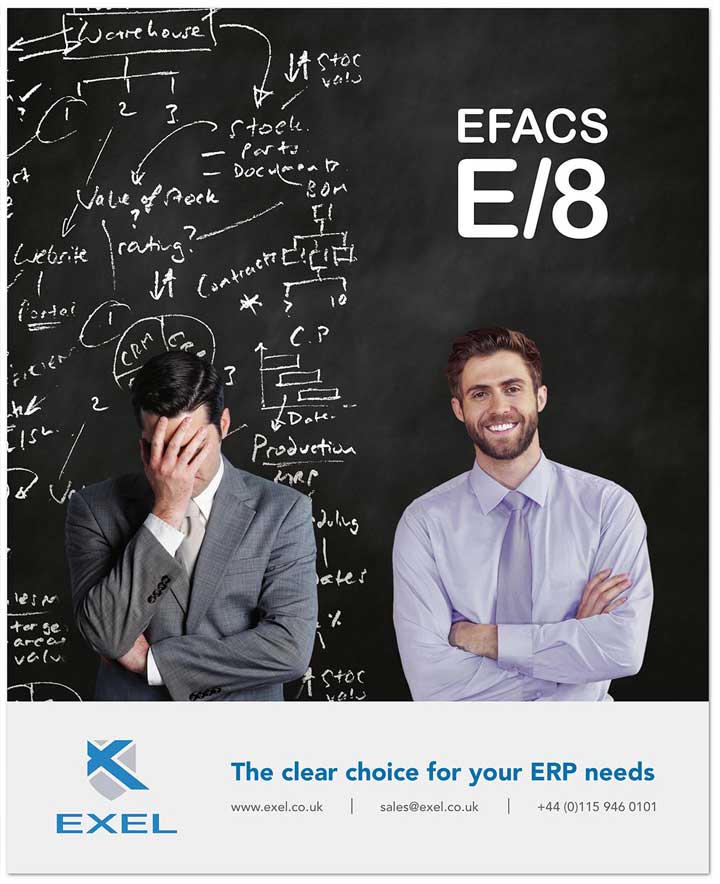